Updated on November 22, 2019 in Vortech by SuperchargerKits.org 12

To celebrate 20 years of business Vortech will be offering limited quantity special “Anniversary Edition” supercharger kits. The kits will be offered for the 2005 to 2008 4.6L Mustang GT with the added bonus of including the 5.0L 2011 Mustang GT.

The supercharger systems include a numbered serial tag self-lubricated V-3 Si-Trim centrifugal supercharger with the ducting, charge air cooler, belts, fuel components and programming. The 78% adiabatic efficient supercharger, ducting and intercooler will be finished in black. Vortech plans a limited production of only 100 kits.

Vortech expects to be sold out quickly. So if you’re interested best contact them right away to get these awesome limited edition Mustang Supercharger Kits. 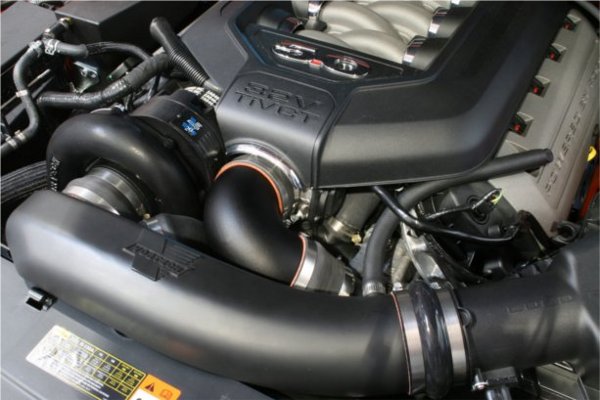