Updated on November 23, 2019 in Eaton by SuperchargerKits.org 25

Eaton went through many changes in the early part of its life including several name changes, a headquarters move to Cleveland, the sale and then repurchase of the company and several acquisitions of competing and complimentary businesses. Through the years Eaton continued acquisitions that took them far beyond the automotive industry. This expansion has lead Eaton Corporation to sales of $11.9 billion USD in 2009. 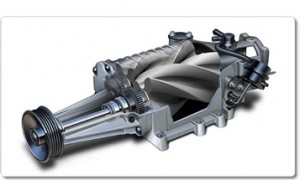 Eaton continues to work on advancing their supercharger designs. They boast a team of over 50 experts who are dedicated to designing, engineering and testing new supercharger kits. Further, Eaton has their own ‘Proving Grounds’, a 600 acres on and off-road facility in Marshall Michigan where they thoroughly test products in a real world and racing environment.